Max and I like to eat local and fresh fruits and vegetables as much as we can. Living in Madison makes this goal pretty easy with all the local farmer’s markets and plethora of CSA (community supported agriculture) programs. There are so many opportunities to buy amazing produce around here. We are very lucky.

Before we bought our house we took part in a CSA and loved it. We found that we ate a lot better when we were getting a huge box filled with tons of local produce to use throughout the week. Everything tasted so much better. But especially the tomatoes!

When we started our house search we knew we wanted to find a place that had a large back yard so that we would be able to grow our own produce. Because that’s about as local as you can get!

We ended up finding just the right house with a nice yard. But we knew we would need to eventually build our own garden. I gave a quick update at the beginning at the year about our plans for projects to tackle around the house this year and the garden was one of our top priorities.

The garden building process, however, started at the end of fall/very beginning of winter 2015. My dad helped us remove the existing grass with a sod cutter and then he tilled the dirt and added in some peat moss and sand to get it ready for the spring. Then we put up a temporary fence to keep the pups out of the dirt. Henry especially likes to dig and get messy.

In April everything had finally thawed so that’s when we decided to tackle the real fence. This was our first attempt at a project like this. But all things considered, we are really happy with how it turned out.

Step one was researching the best ways to build the fence and then drawing up our plans. We watched a lot of YouTube videos and scoured the internet for any existing plans out there. We ended up really liking this video by Michael Bronco. We thought the fence would be very study by sandwiching the wire between the lumber. So we decided to use his same method but adapted it to our own dimensions.

Here’s a general idea for how we staggered the 1×4 lumber to build the fence frames. 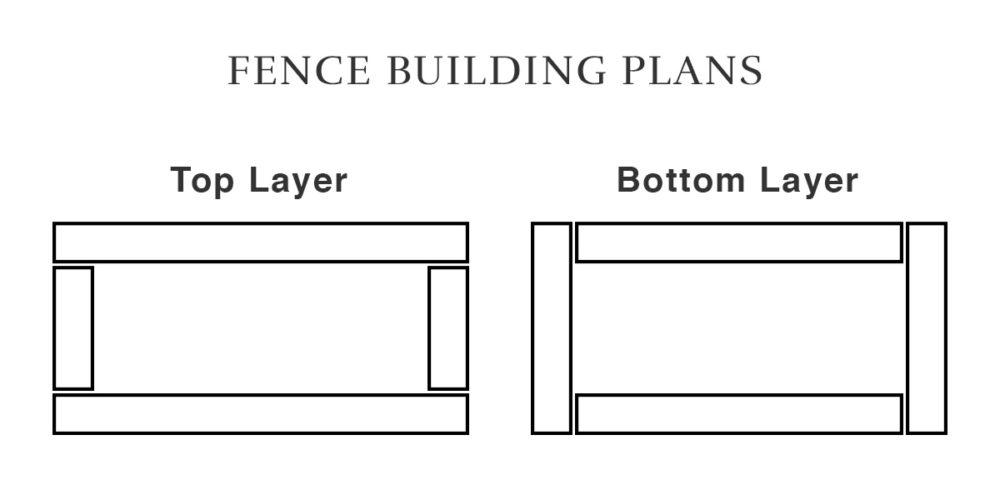 Then we rented a truck and bought all the lumber and supplies we needed. With our plans we ended up getting:

We started the building process by digging holes for the posts. Max decided to do this all by hand because he likes to do things the hard way. But I think in the future renting a mechanical digger for a day would be much easier. He dug seven holes for the posts, making sure to go approximately three feet deep. We then filled the hole with about a foot of gravel, stuck the 4×4 post in, and filled around it with dirt.

Once the posts were in we were able to build the fencing frames by sandwiching the wire mesh between the 1×4 boards. These frames were then connected to the posts by toenailing them with the galvanized nails. 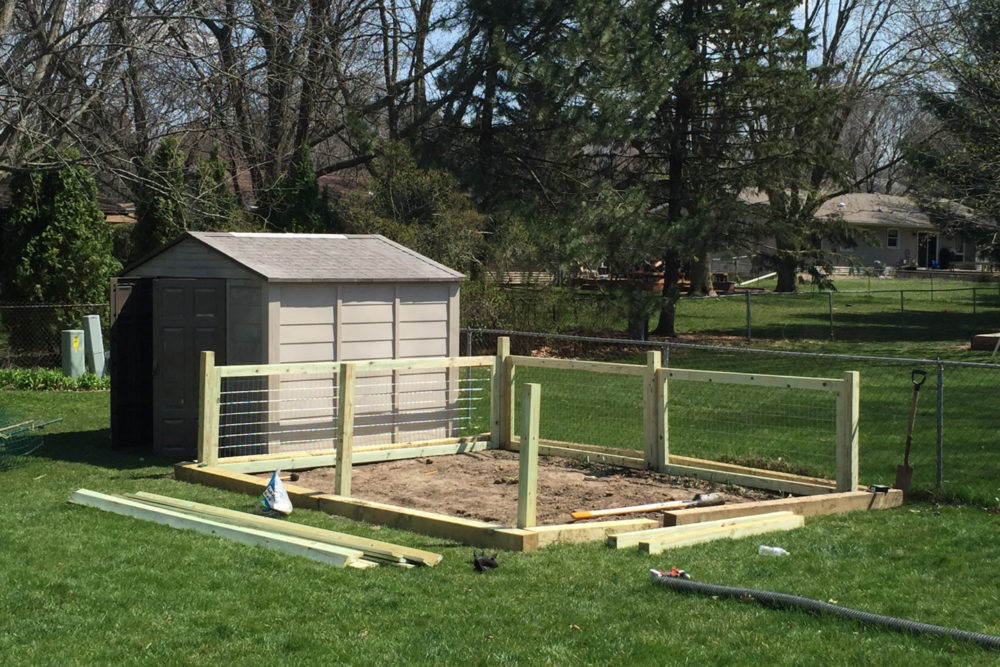 Being newbies it took us about two days to finish this project. We were exhausted and after hours of assembling we were no longer expecting perfection. That door is definitely crooked. But we will eventually fix it.

We planted seedlings in the spring and are now dealing with a pretty unruly garden. The main problem children are the zucchini and squash plants that keep spilling out no matter what we do.

Next year we would like to tame the zucchini and squash and figure out a better way for it to grow. Maybe some kind of trellis instead? 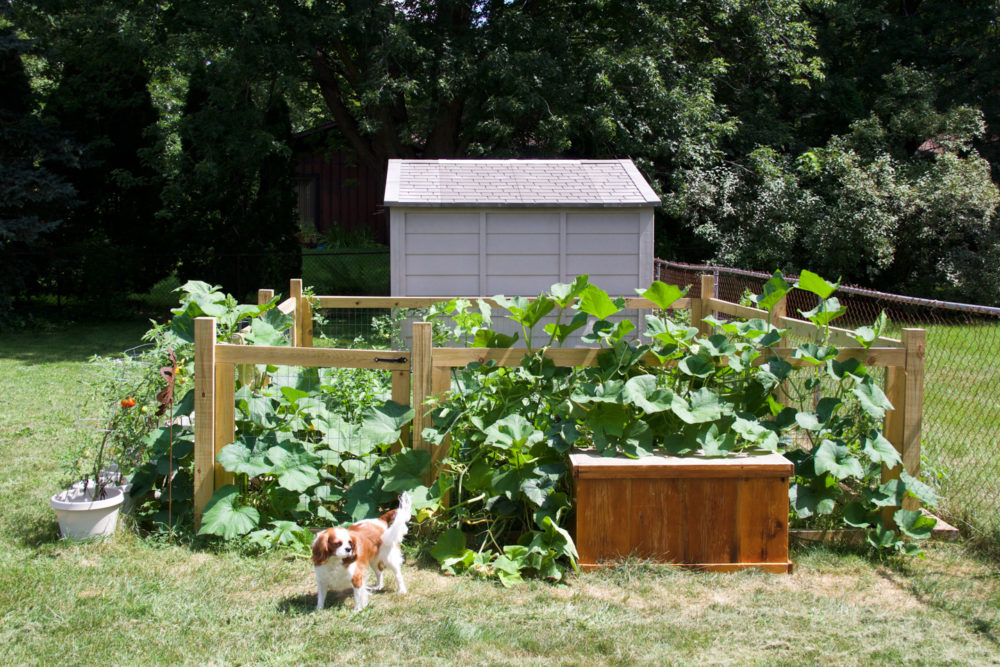