I can’t believe it’s already July! Time is going by so quickly. Here in lumber land we’re finally finishing up lots and lots of projects around the house. I’m very excited about all our progress and have tons of updates to share.

WE KNOCKED DOWN WALLS!

There were these awkward pony walls that separated the kitchen and the back living room. They looked like this when we moved in. 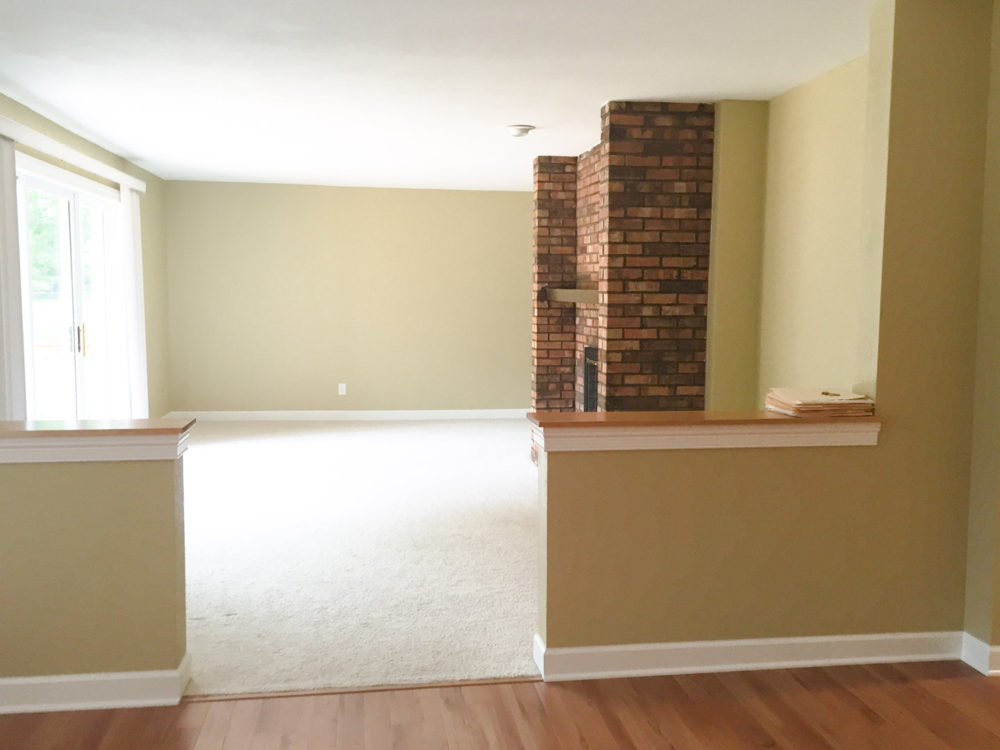 I haven’t talked much about my dislike for these little walls. But I really hated them for a few reasons:

Max didn’t like them either. And since they were not structural we decided to knock them down before laying the rest of the flooring. And by “we” I mean we hired some contractors to do this work for us. 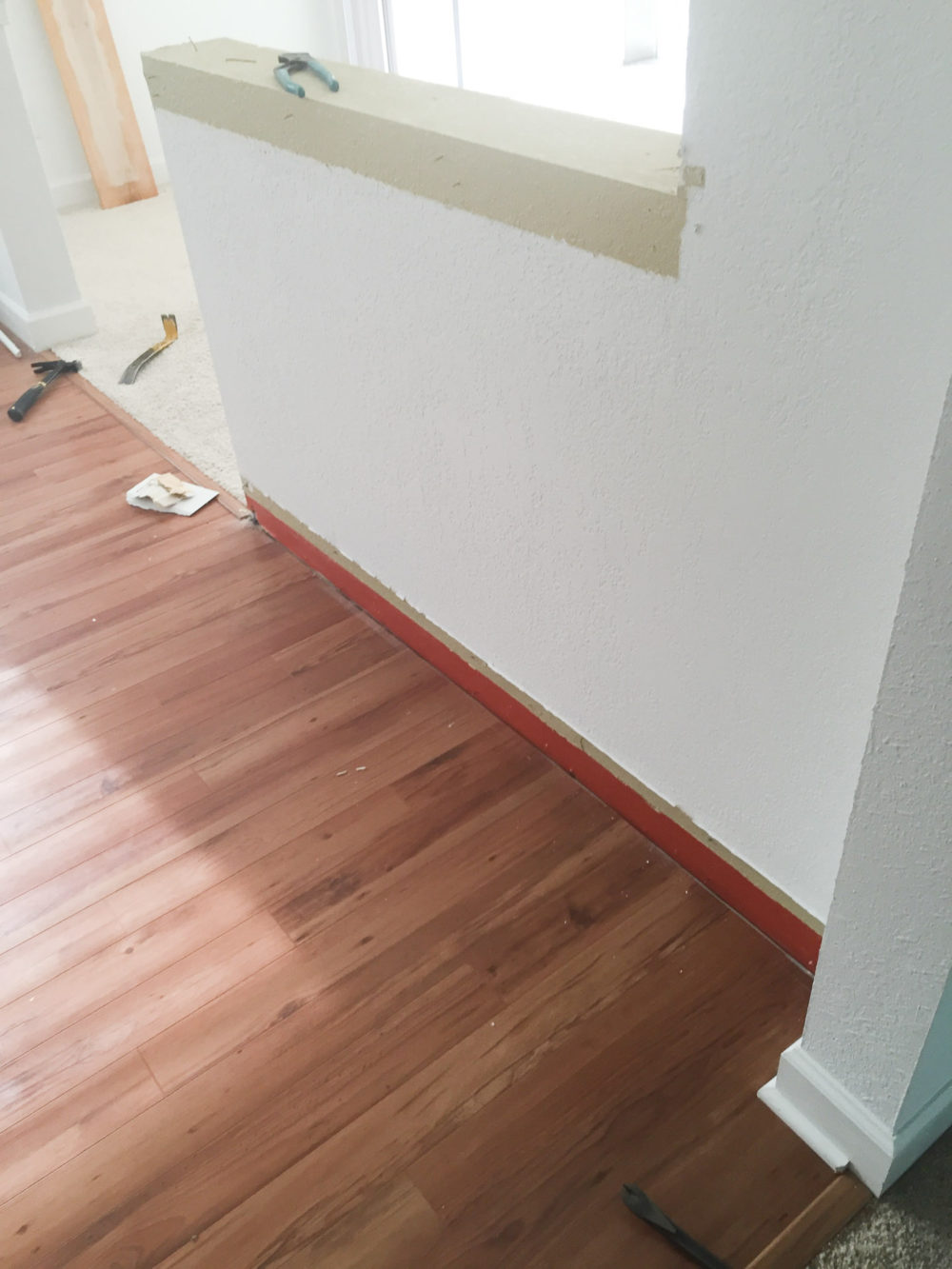 The trim was removed and saved as well as the wood tops. The wood that was used on the ledges is still pretty nice. So I think I’m going to sand those down and re-stain the wood to use as shelves for another project. 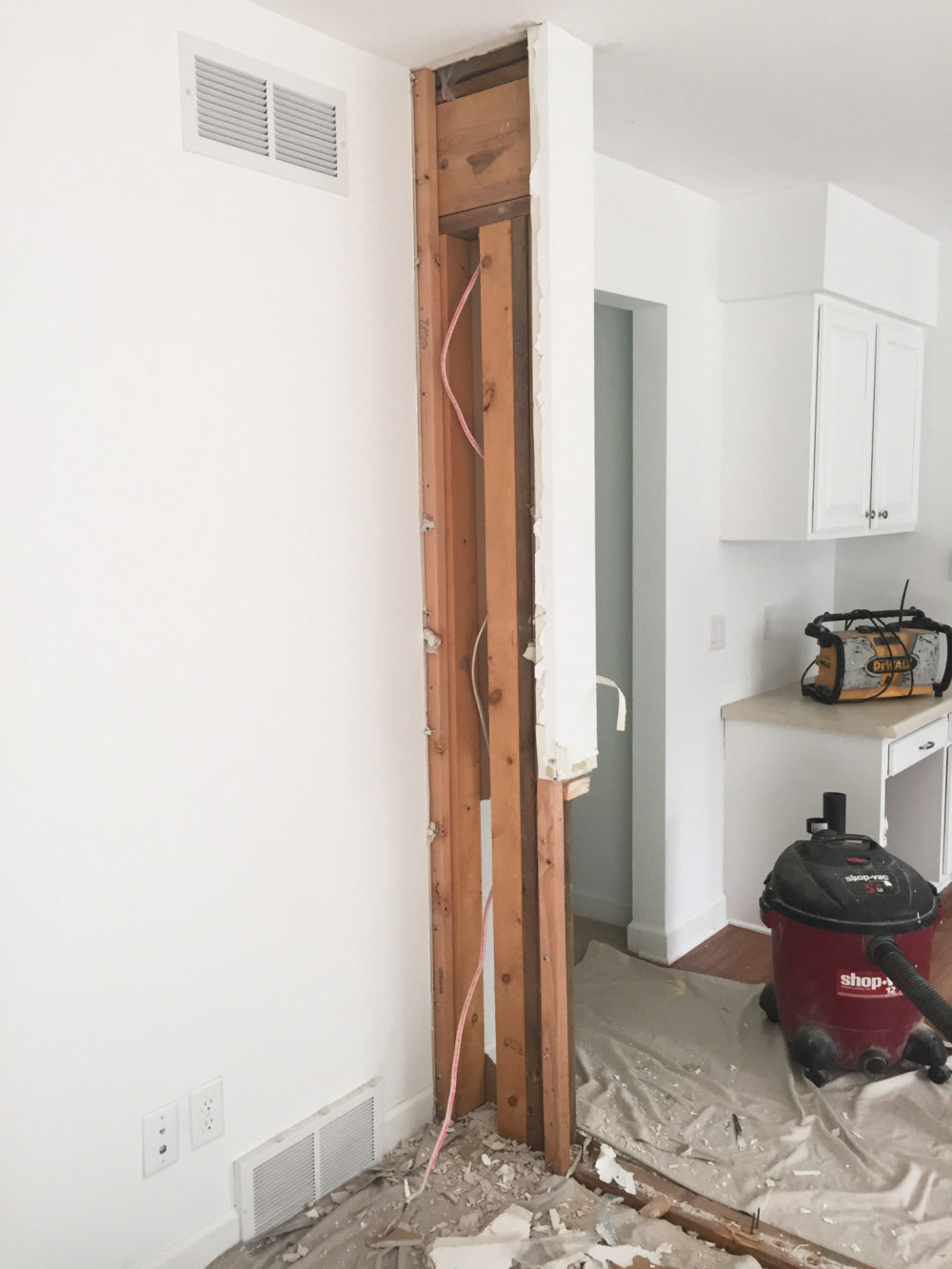 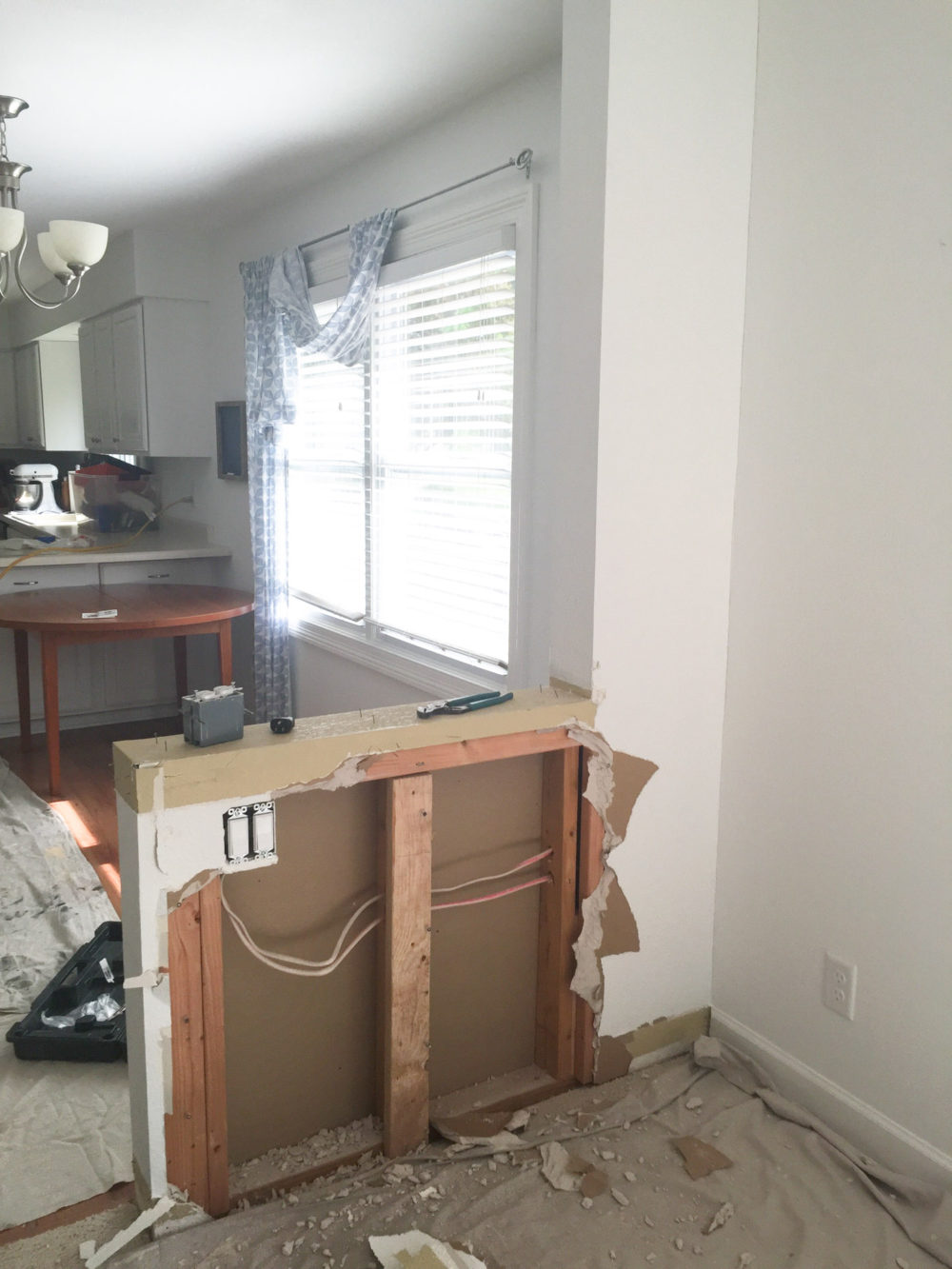 Then the demo started. And with two guys doing the job, it only took maybe 2 hours to knock everything down and clean up the debris. I was pretty surprised how quickly it all went.

You can see in the second photo where the awkward electrical switches were. Once the walls were knocked out we had an electrician come in and move these switches to the opposite wall. And it makes much more sense now! The switches are finally accessible from the entryway. 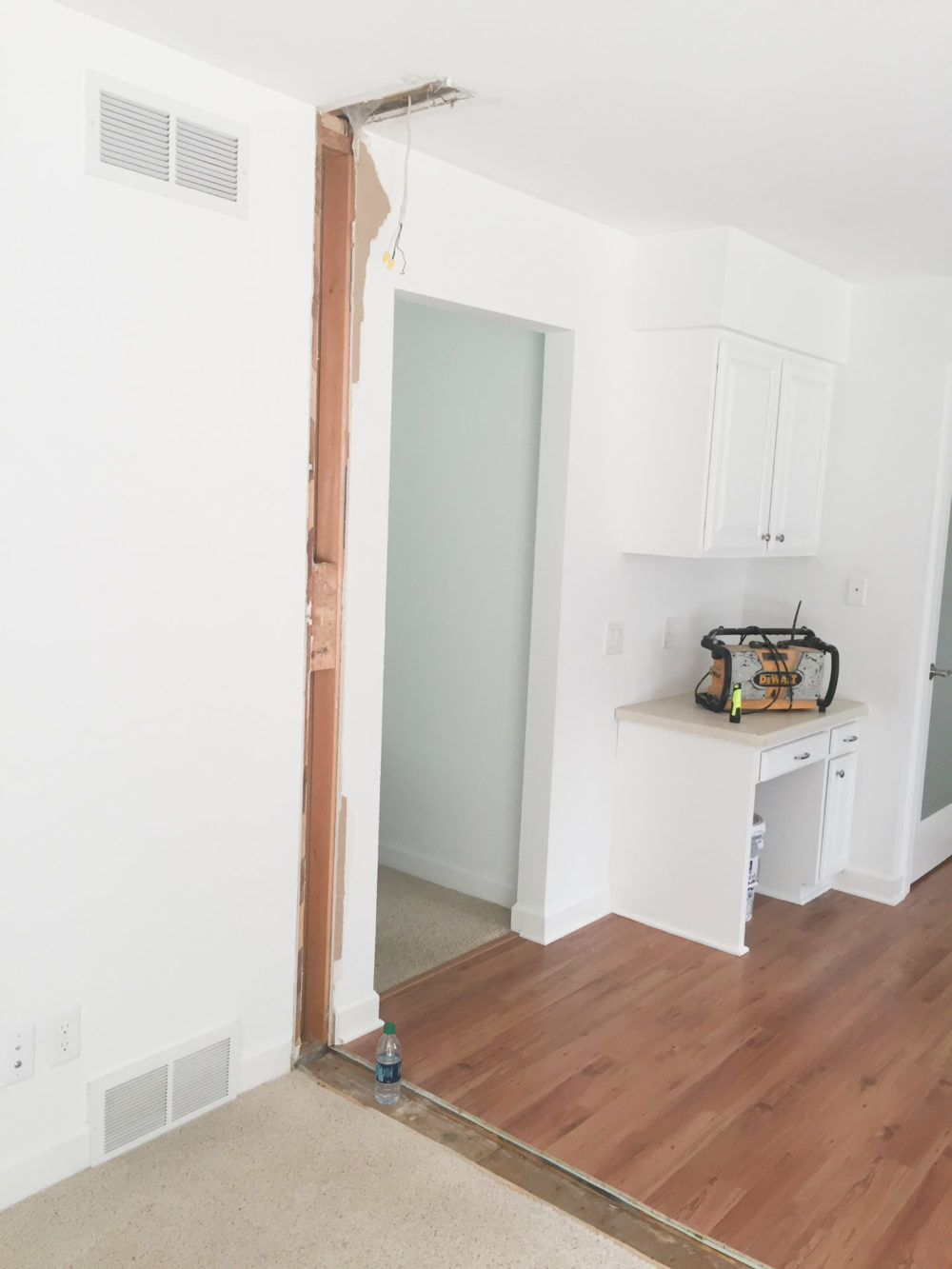 Our house is a little older (built in 1978). Not super old. But I suppose with older homes you always end up finding things behind the walls that the previous owners did. Here’s something that we discovered hiding behind this wall. 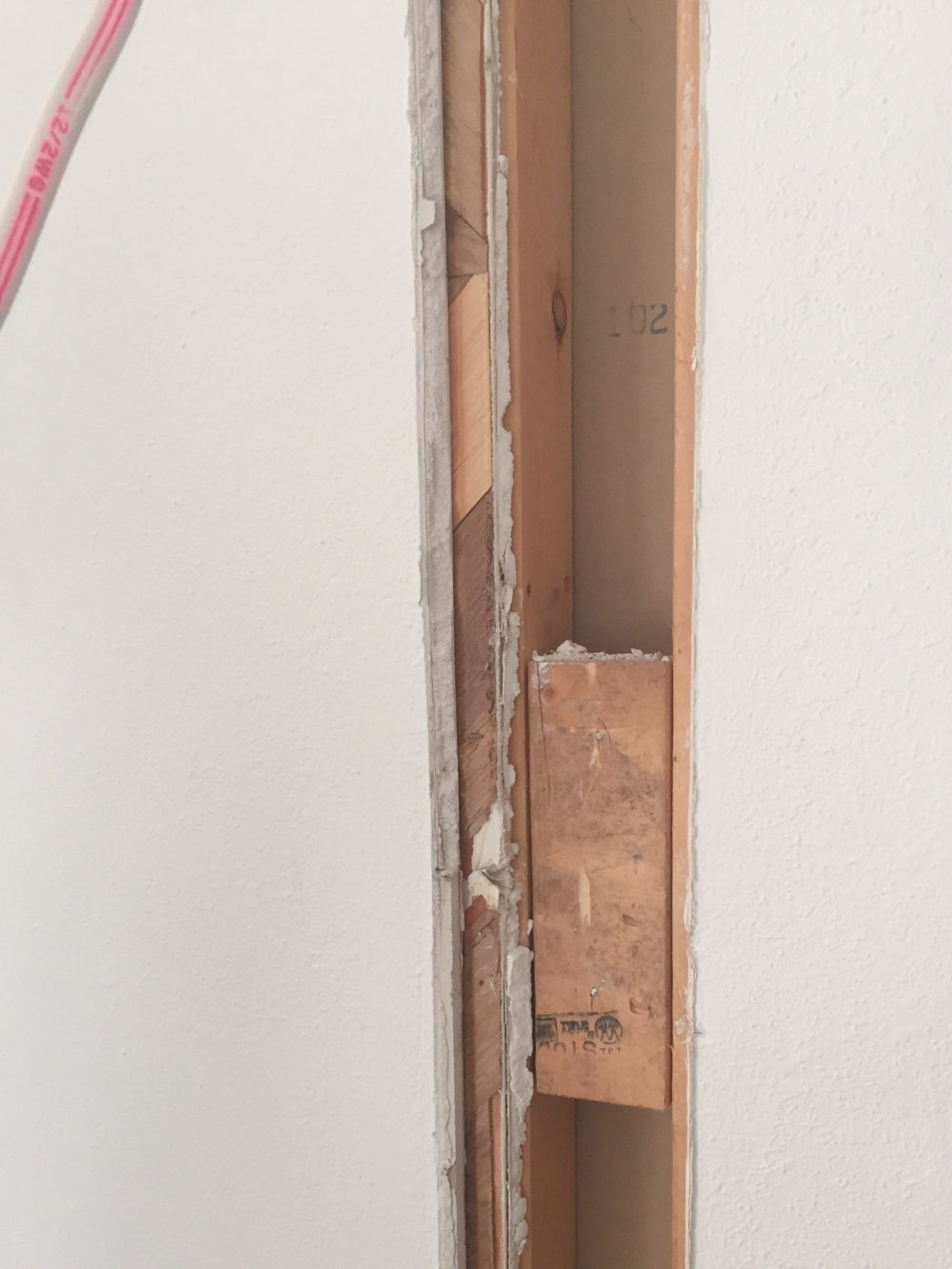 At some point someone had installed a pretty intricate decorative wood patterned wall. And then someone else covered it up with drywall! When the contractors pointed this out to me I thought “why would anyone cover it up?!” I’m very curious to know what this whole wall looked like. But I also wasn’t about to tell the contractors to rip down all that drywall. So we just left it as is.

However, this now leaves us with a pretty annoying situation. The left side of the wall is about a 1/2 inch further out than the right side because of all the extra decorative wood and drywall. This made the drywall and trim work very difficult on this side of the room. Right now there is a slight slant to this wall and we’re trying to figure out what to do about it. So for now I’ll just focus on this room’s “good side”. 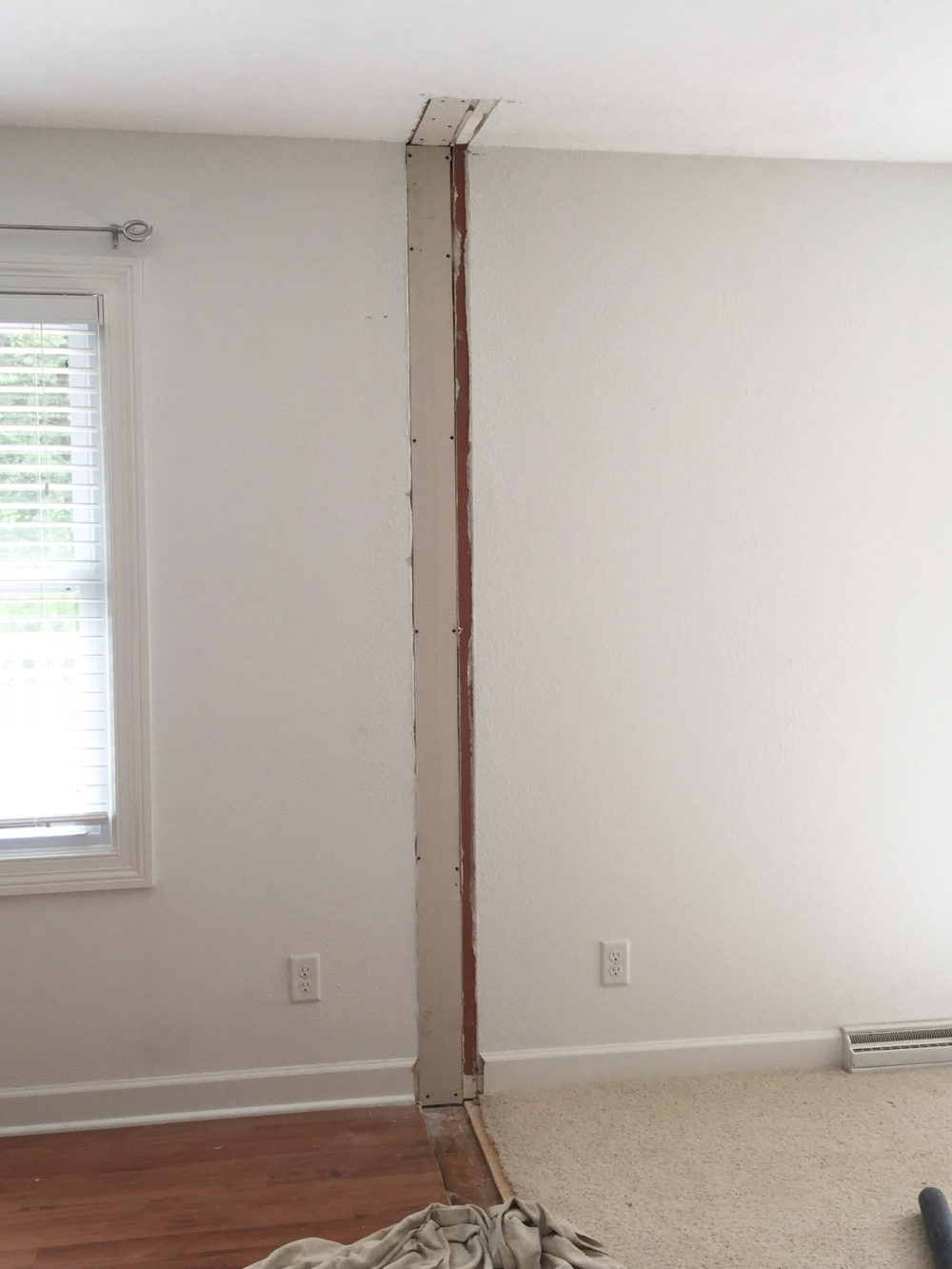 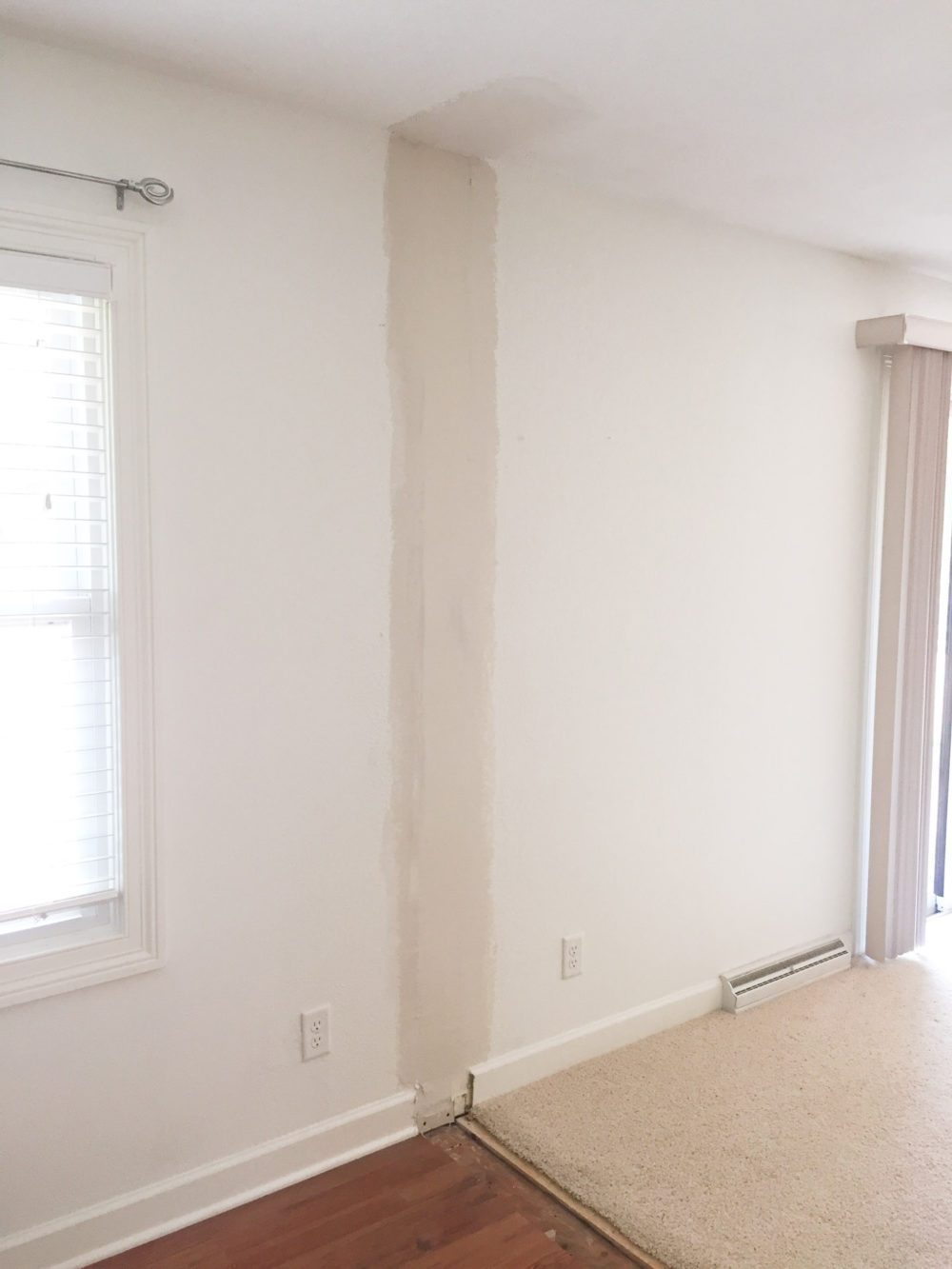 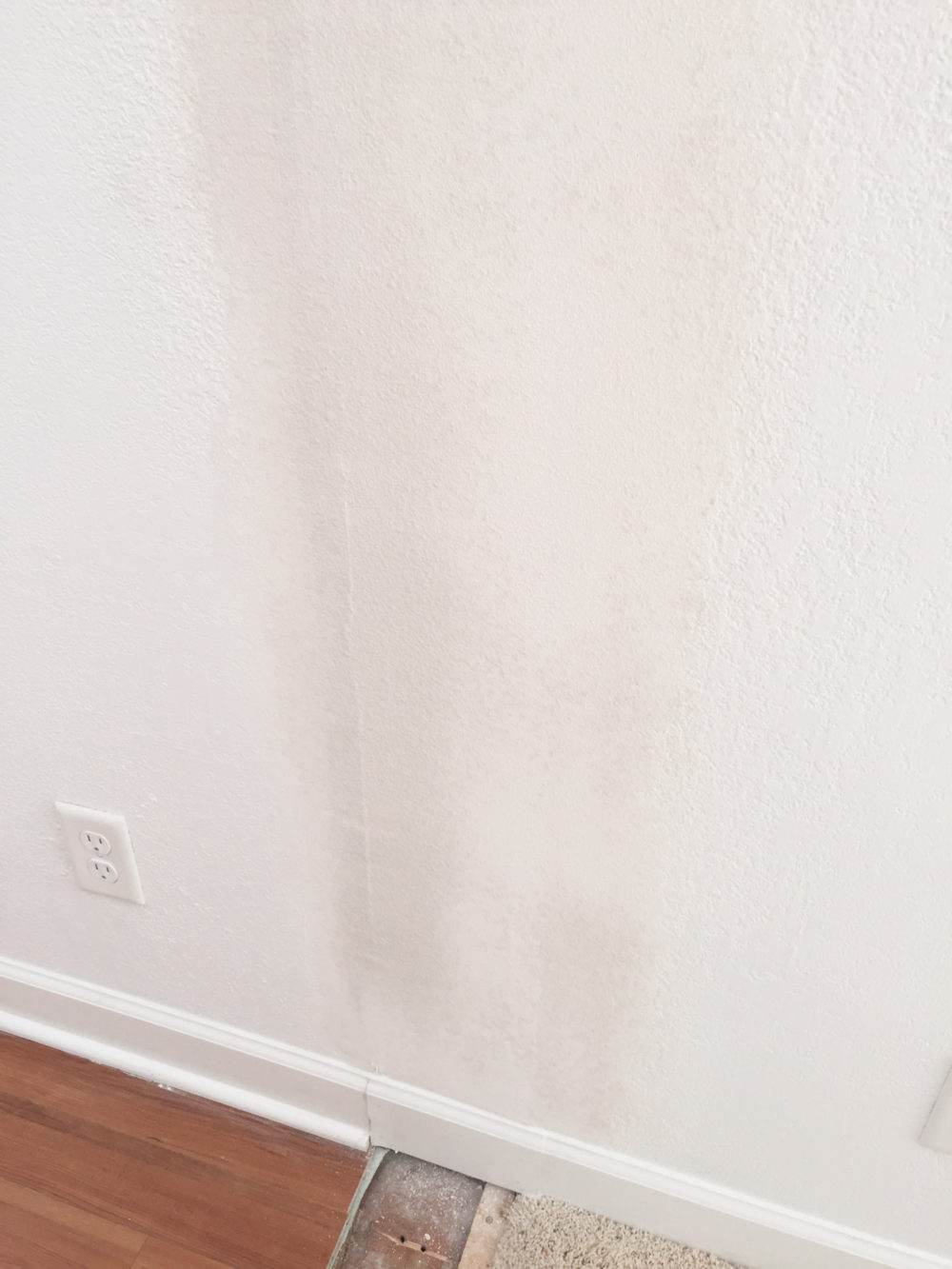 Next the drywall was installed, the walls were mudded, then textured, painted, and trim was re-installed.

This was one of the first projects we hired out to contractors. And while there were bumps in the road along the way, all-in-all we are happy we decided to knock down the walls. It makes the space feel so much bigger! And now we have a completely “open concept” on this side of the house.

Here’s the result after the flooring was installed. I can’t wait to show more photos of this room once we get some furniture in and everything styled. 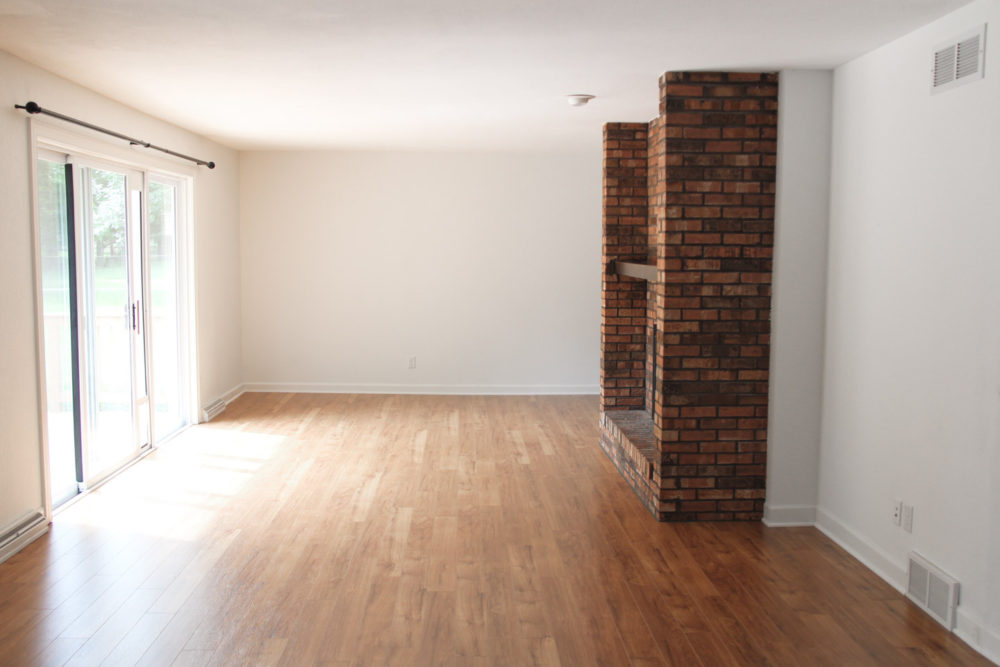